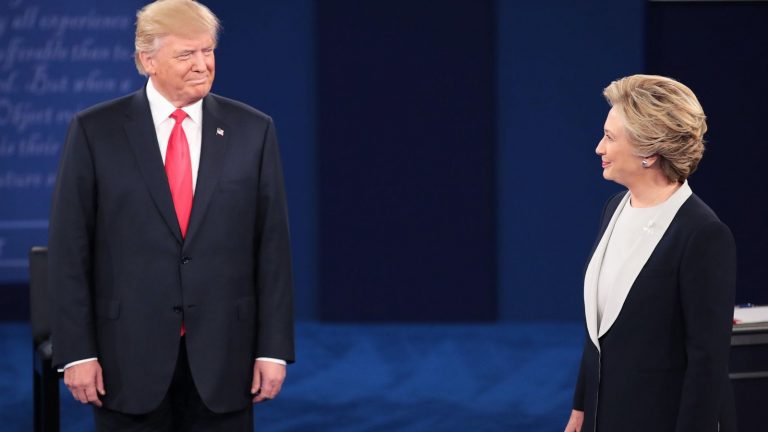 Who are Hillary Clinton and Donald Trump really?

He urged us to imagine watching these debates without sound, stripping away the policy discussions, the jokes, and the not so subtle jabs. How would the candidates appear then? Would you change your preference based on what you saw?

Believe it or not, but you are watching it that way, even if you don’t realize it. As we watch these debates, we are picking up on mannerisms, gestures, and body language that we might not even consciously notice.

Anybody watching Trump can pick up on some of his not-so-subtle behavior, as he frequently looked away from his opponent and repeatedly rolled his eyes. While many voters may accuse Trump of rudeness, this sort of unmoderated behavior gave off what Dr. Matsumoto called a “perception of genuineness.” Trump was not hiding his feelings, even his impatience. Instead, there was no question that he was a human with emotions, just like everybody else.

Clinton, on the other hand, presented a much more controlled but standoffish persona. Clinton rarely allowed her expression to change as she reacted to her opponent or the moderator’s questions. For example, she maintained almost the same “pasted expression” throughout the evening: presenting an asymmetrical smile with pursed lips. Many voters likely interpreted that as a self-satisfied or arrogant smirk. She also regularly laughed off responses, feeding into this perception of arrogance.

While the notion that Trump seemed genuine and Clinton seemed standoffish may sound like Trump came out of the debate ahead, this may not actually be the case. In fact, Dr. Matsumoto predicted that Clinton’s performance could lead many voters to envision her as a calm president who would be “above immediate, transient reactions on the spur of the moment.” These same people would then view Trump as being impulsive or unreliable. However, those that picked up on Trump’s genuine displays of emotion may get the impression that he could relate to everyday Americans in a way that the out of touch Clinton could not.

Dr. Matsumoto also focused on what may have seemed like a very minor exchange to many viewers. At one point during the debate, Clinton was asked if she would support the outcome of the election and the will of the people. Her response was to initially shrug before insisting that she would. While this was probably unintentional, these sort of unintentional gestures are often very meaningful. “A shoulder shrug raises doubts about the credibility of what she’s saying,” Dr. Matsumoto explained, and could easily be “interpreted as doubt or uncertainty.”

It is interesting to see how these impressions fit with public perception of both candidates. In April, the leading polling service Gallup reported that the public had already developed pretty firm impressions of the candidates’ personalities. Trump was perceived as caring very little about the common people, while Clinton was seen as highly prepared and analytical. The latter impression was certainly supported by a cold, standoffish demeanor during the debate, but it remains to be seen if Trump can manage to convince voters that he is genuine and caring.

This article was paraphrased from a previous interview with Dr. Matsumoto. For the original interview and further commentary on political body language visit Douglas Quan’s National Post article.

For some information on detecting deception in politics, listen to this NPR story or follow Dr. Matsumoto’s blog series: “Politics and Deception.”